Jordan Harrison, the Australian rising star of the 1500 ?

At 17, the Australian swimmer Jordan Harrison has entered the very elite club of swimmers who have swum so young below 15 minutes in a 1500m (Pierkins, Hackett).

The full video of the race can be seen on the facebook page of the blog.

This performance surprised even his Australian coach Denis Cotterell who notably trained the last two holders of the world record in the 1500m: Grant Hackett and Sun Yang.

Cotterell used to say that Hackett had swum more than 10,000 hours by the age of 17, which explained his precocity. The 10,000 hours threshold is often refered to by swim coaches as the minimum time required to become a champion (If you swim like common average swimmers, 2 or 3 hours per week, you will not reach these 10,000 hours ... before the age of 72! (i.e. 3 hours, 50 weeks a year from the age of six!). It gives you an idea of ​​the work involved for a 17-year old to reach this barrier.  This is a huge amount of training ! I do not know if Jordan Harrison has already swam that much.

Harrison's style is very typical of the style of Grant Hackett and Sun Yang, with a very distinctive front quadrant swimming style (FQS) as can be seen in these pictures: at certain times, he is almost completely catching up with his hands so close to each other in front of his head (see photos) 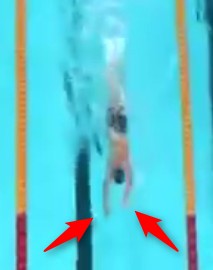 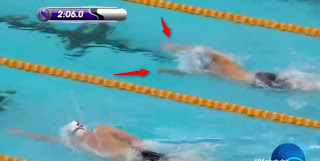 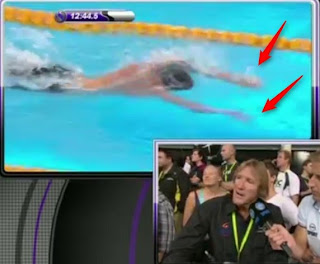 (Dennis Cotterell is the man to the right in the photo)

The other interesting point in his technique is the excellent timing of his breathing. Its inhaling phase is very short (about two tenths of a second) and is skillfully placed before his left hand starts to return backwards. This allows him to remain extremely profiled even when he takes his breath and so to slow him down as least as possible.

The peculiarity of Jordan Harrison (compared to Sun Yang for example) is the use of a 6 beat kick (instead of a two beat kick). Its number of  strokes is 30 per 50m lap (corresponding to a distance per stroke of around 1m47 (assuming a 1 meter distance before the turn and a 5 meters distance after each flip turn). A very nice distance per stroke (I do not know the height of Harrison but it is probably around 1m90).

We'll see in Barcelona how Jordan confirms this world-class performance. 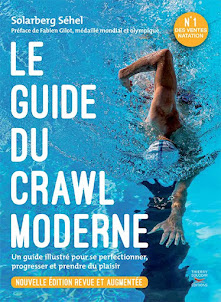 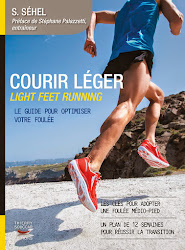 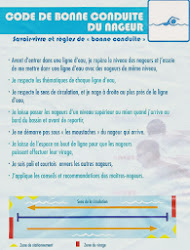